In 2018, 1. FC Köln ventured into eSports and formed a co-operation with SK Gaming, one of the most successful gaming companies in the world. In the middle of the strategic partnership between the two Köln sporting institutions lies a Know-How-Transfer.

1. FC Köln, since 2019, were the first German football club to invest in an eSports company and have shares in SK Gaming along with Daimler AG. The engaement in eSports is a part of the digitalisation strategy from 1. FC Köln, with which FC wants to come up with new offerings for the younger age groups - with the goal to strengthen the base in FC.

FC managing director, Alexander Wehrle said: "What happens on the pitch is decisive. This sentence does not contradict our aim to continue to develop on all possible pitches whatsoever. Always provided that this development does not paralyze but instead strengthen FC as a professional football club. And this is exactly our aim with eSports. We don't want to replace the ball with a controller, but instead be there as ideas, trends and business models develop, which can help strengthen the position of professional football."

As part of the investment, SK Gaming advises 1. FC Köln on developments and opportunities in the growing eSports market, which promises new openings for internationalisation. FC will support the players from SK Gaming in their preparation for tournaments, be it in training, fitness or nutrition.

Follow FC on WhatsApp for the latest eSports news 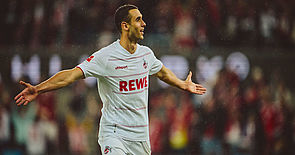 1. FC Köln secured three points heading into the international break thanks to a 3:1 win against Gre...