Ehizibue: “The mood is good”

Despite coming into his third season at 1. FC Köln, Kingsley Ehizibue is looking forward to something new this summer. Under Steffen Baumgart, the right-back has also ended up in the middle of defence. When it comes to set-pieces, he is one of the men in the box. His goal against Elversberg proved how dangerous he can be. He spoke with us about new tasks, the playing style under Baumgart and his goals for this season.

Easy, pre-season has come to an end. How would you sum it up?
Pre-season was good. The new style of play fits us well; lots of pressing, trying to go forward a lot. We are a cool group and the mood within the team is good. It was four hard weeks but that’s just how pre-season should be. We have to run a lot in games, and we need the energy to do so. I think that we’ve put in a lot of things into place that the coach would like to see done.

What is the coach asking from you and why is it still fun when the intensity is so high?
When we win the ball back now, it normally happens in the opposition half. We are then already close to their goal. We attack much further up. When you sit deep and when the ball back, then you have to cover the 70 metres between you. That is why it is more fun, defending early and winning the ball in forward areas.

What is your opinion of the new coach?
He makes sure that the atmosphere around the team is positive – on the pitch and in the dressing room. He is a good person, speaks a lot with us but knows when to be serious and direct in the right situations. In training and on the sideline, he can be very loud. The coach is authentic and honest. He lets us know what we do well, but also what we can improve on.

Is there something in particular that Steffen Baumgart expects from you as a right-back? Has there been a change to your role on the pitch in comparison to last season?
My strengths are when I’m going forward, in my opinion. In the past few seasons, we sat very deep and had to defend a lot. Now we have a more attacking style of play, and I can better show my abilities going forward. That is the case for a lot of players. It’s good for the team.

In pre-season, you also played as a centre-back. How big of a change was that for you?
It was a new experience. Central defence is a lot different, but it was fun. I played as a defender previously but that was a long time ago. The good thing about our team is that every knows what they have to do on the pitch. Everyone knows what the coach expects from them. We watch a lot of video and analyse plenty. As a right-back and through the discussions, I automatically know what a centre-back and left-back have to do. Therefore, it is not such a huge change for me if I must play there. That also makes us more flexible. If I have to play centre-back then I will. But I’d rather play right-back. (laughs)

We noticed something else in the friendlies: you were a regular target from set-pieces. Should the FC fans be ready to see more of you in the box next season?
I hope so. (laughs) The coach said to me that I should go forward when there is a set-piece. I enjoy that a lot. I really enjoy going forward. I would also say that I am strong in the air and can jump really well. If I can score a few goals next season and am important for the team as a result, then that’s something I’m happy to do.

The past campaign had plenty of ups and downs. Which goals do you have with FC for the new season?
It should be better than last season. When we play like the coach wants us to and everything works out, then we have a good chance to do that. The first goal is staying up. We want to do that as soon as possible. Our team is good. In my first season at FC and under Markus Gisdol, you could see what the team is capable of. Before the lockdown, we had won eight of 10 games. If we get into a rhythm, then we are very good. Even more so when the fans return.

On Sunday, the first competitive game is on the cards. You face FC Carl Zeiss Jena in the DFB-Pokal. How much are you looking forward to it?
Huge. We’re finally back. We are all looking forward to the competitive matches. We all know what is waiting for us on Sunday. In pre-season we saw against Elversberg that teams in the fourth division have good footballers. Whoever underestimates their opponent, then it becomes dangerous. Especially in the cup. For us, every game is important. We want to win every game, no matter who it is against. That is the goal. 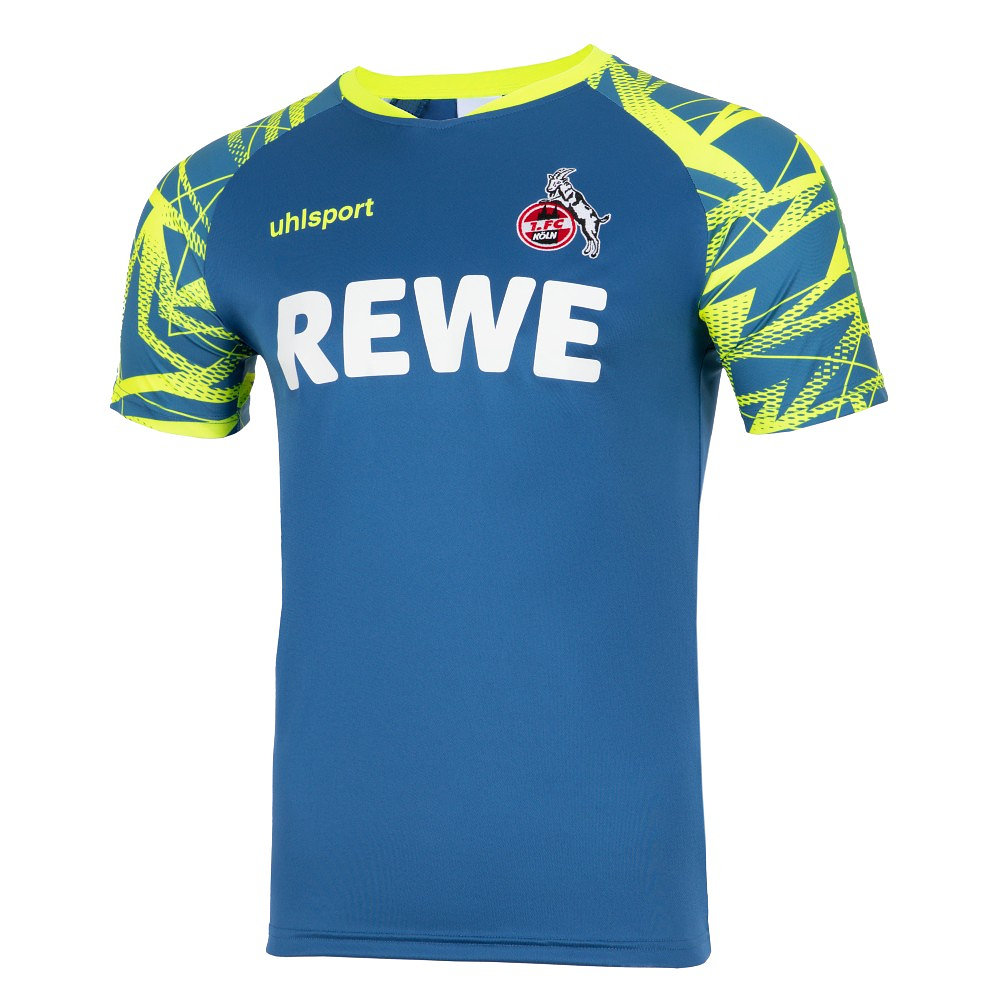