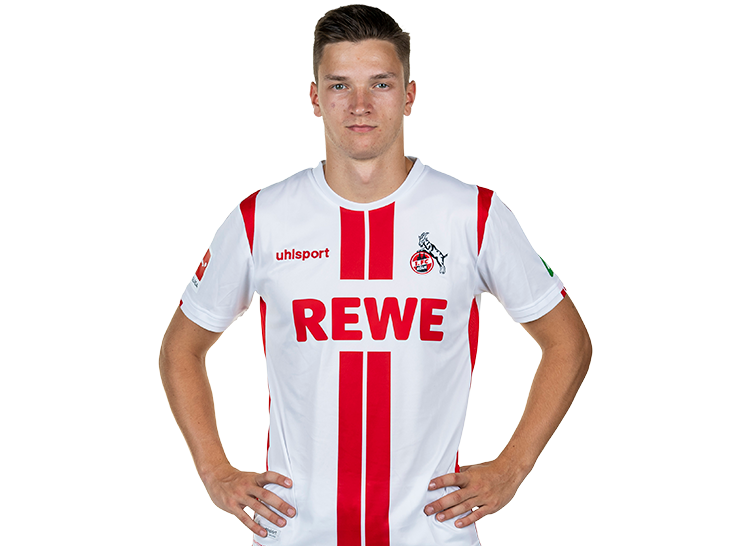 Noah Katterbach’s FC career began with a youth team trial. 120 kids took part but only two made it into team training. His dad, Edwin said: “They surely won’t take our Noah.” But we did.

Noah’s parents would drive him back and forward from Dreiborn to Geißbockheim in their mini-bus, which was redesigned to allow Noah to complete his homework on the way. Plenty of other clubs were also interested in the technically strong left-back. However, Noah stayed true to FC and made his debut at 18 years of age – against Schalke, one of the club’s who wanted him to join. Under Markus Gisdol, he continued to be a fixture in the first-team and made 19 appearances of which 17 were starts.

Noah’s entire family have FC in their hearts. His mother Yvonne Katterbach works for FC as part of the youth academy drivers, making sure the other young talents get to training as they hope to do just what Noah is right now. In 2020, he extended his deal until 2024. The Germany youth international and twice Fritz-Walter-Medal winner has also been a regular through the national team’s ranks.