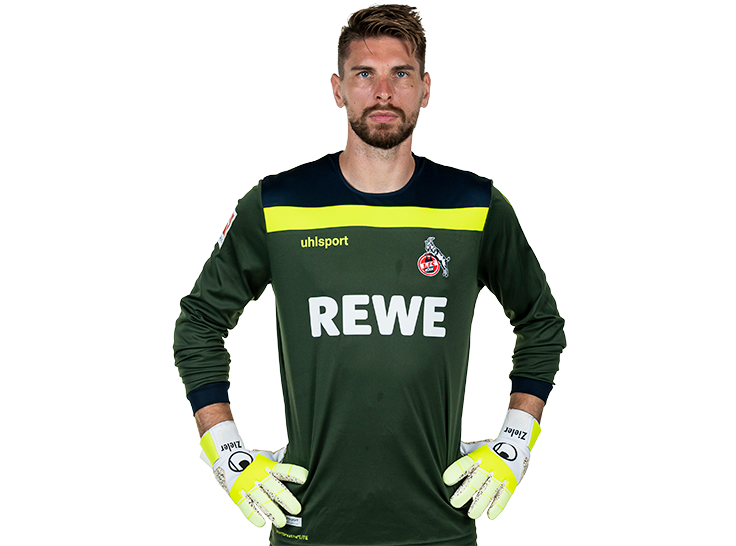 Köln-born Ron-Robert Zieler took his first footballing steps as a five-year-old with Viktoria Köln, before switching sides of the Rhein to join 1. FC Köln in 1999. Through good performances in the FC academy, the goalkeeper developed himself in a German youth international and earned the interest of Europe’s top clubs. At the age of 16, Zieler made the move across the channel to Manchester United, where he started in the under-18s and under-23s. His first experience at first-team level came while on loan at Northampton Town.

In 2010, the goalkeeper returned to Germany and established himself as the first-choice stopper at Hannover 96 in the Bundesliga (185 appearances). He travelled to Brazil in 2014 as the back-up goalkeeper, as Germany became World Champions. In six years at Hannover, Zieler not only almost reached 200 Bundesliga games but also appeared 23 times in the Europa League. In the 2016-17 season, he joined Leicester City before returning to his homeland one year later to play for VfB Stuttgart. After 68 appearances for VfB, he made a return to Hannover where he featured in 31 2. Bundesliga matches. In summer 2020, Zieler joined FC on loan.