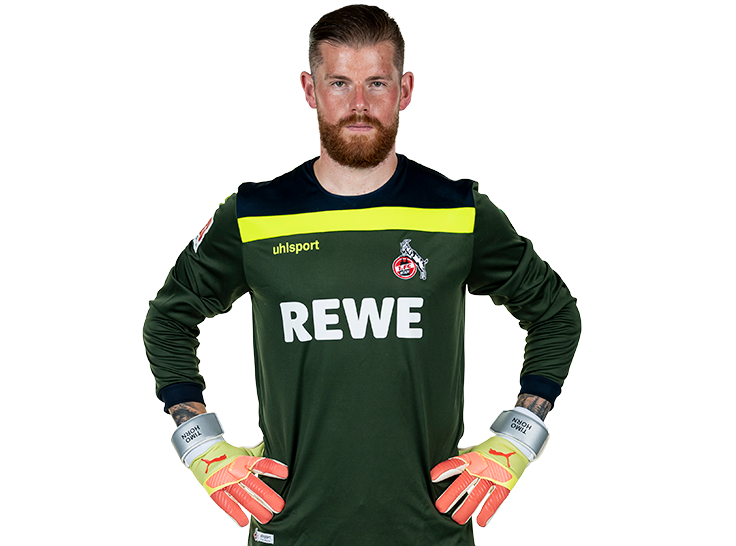 At the age of six, Timo Horn began playing football for SC Rondorf in 1999. In 2002, the goalkeeper was at a trial group at 1. FC Köln and during the friendly against the FC academy, he left behind an excellent impression. Horn joined FC as a nine-year-old and so began his dream of becoming a professional footballer.

Horn quickly moved through all of the FC youth teams. Along with that, from the under-15s upwards, he made his way up the ranks for Germany. After finishing as German championship runners-up in 2010 with the FC under-19s, Horn made the leap into the first-team and began to gain match practice in Regionalliga West.

2012 saw Horn become first-choice goalkeeper in 2. Bundesliga and the fourth-youngest number one in FC history. In his first four games following promotion to the Bundesliga in 2014, Horn went without conceding a goal – something no goalkeeping debutant managed before him.

With Germany, he was the first-choice stopper at the Rio 2016 Olympics as Germany won silver. Despite the continuing advances from international clubs, Horn stayed true to his boyhood side and remained at FC even after relegation in 2018. He remained with the team and, as a one of the leaders within the dressing room, had a big part to play in promotion. In January 2020, Horn celebrated his 100th competitive win with FC against VfL Wolfsburg.