One of our main attractions in the Osttribüne (East Stand) is the FC-Stammtisch, which is a 300m² room with the atmosphere of a German Pub supplied with free drinks and food. It can seat up to 199 people and is open from when the stadium opens until 2 hours after the final whistle. It is located on the 1. Etage (second floor) of the East Stand and is outfitted with LCD screens, which will also feature all Bundesliga match highlights following the game.

Access to the catering services can be purchahsed for just 69€, with direct access to Block O3 of the East Stand. Seats for this section can vary from 53€ to 65€ depending on the opponent. Season-Ticket holders will have access to the FC Stammtisch for just 69€ per game.

The FC-Stammtisch can be booked inclusively with a ticket under fc-tickets.de. Those with season-tickets can also write a written request per E-Mail. 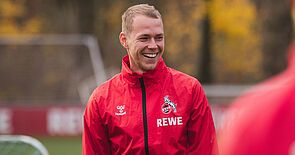